For the eighth iteration of its Outlooks program, in which Storm King Art Center invites an emerging to mid-career artist to present a large-scale, temporary outdoor project in the landscape, Storm King presents New York-based artist Martha Tuttle (b. 1989).

A stone that thinks of Enceladus addresses the historical practice of mapping, as well as the search for meaning within a landscape, from both an emotional and physical perspective. The work comprises a series of human-made stone stacks or cairns, built of boulders gathered at Storm King, and molded glass and carved marble stones, which the artist created by hand during the winter and spring of 2020. Tuttle has placed nearly 200 hand-crafted glass and marble stones on top of and around large boulders from Storm King’s site.

Through these carefully placed groupings, the artist invites viewers to recognize their own physicality both on and within land—at Storm King and in the Hudson Valley, specifically—by creating a point of contact between human and non-human energy. The work’s poetic title is drawn from the artist’s meditation on scale – the glass stones in the sculpture will reflect light not unlike Enceladus, Saturn’s icy moon and the most reflective object in our solar system.

Tuttle’s project, which unfolds across eight acres of a large, rolling field at the southern end of Storm King’s property, builds upon the artist’s ongoing interest in our relationship to materiality, engaging directly with Storm King’s landscape to further these investigations into the unification of natural forms with the energy and touch of the human hand.

An accompanying sign adjacent to the sculpture features written meditations about vastness, location and the geologic scale of the Hudson Valley. The other side of the sign contains an image of Enceladus taken by the Cassini spacecraft.

Virtual Exhibition Programming
Tuttle’s work manifests online as a special feature and is accompanied by a virtual program series of meditations, readings, poetry, and performances inspired by Tuttle's site-specific installation at Storm King.

New York-based vocalist Charmaine Lee wrote the album a stone widens it in response to Tuttle's work A stone that thinks of Enceladus for the occasion of the public program series Return to the Field, organized by Tuttle and poet Gabe Kruis. The album debuted during the virtual program held on Wednesday, September 2nd, 2020 on Zoom. 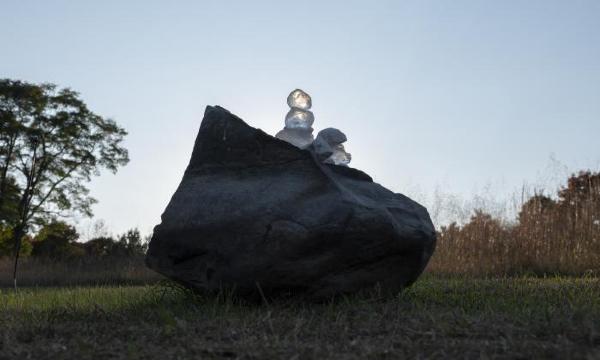 A stone that thinks of Enceladus, 2020 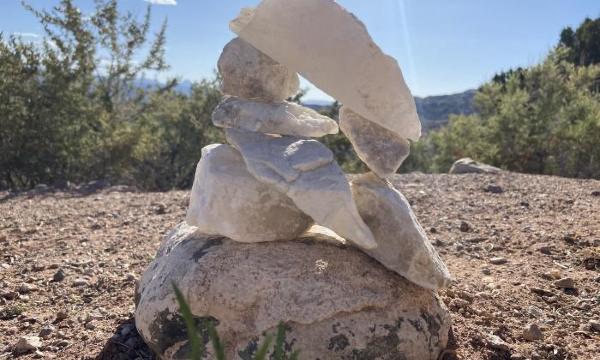 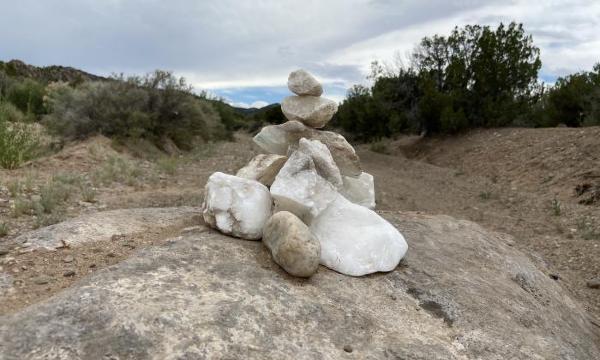 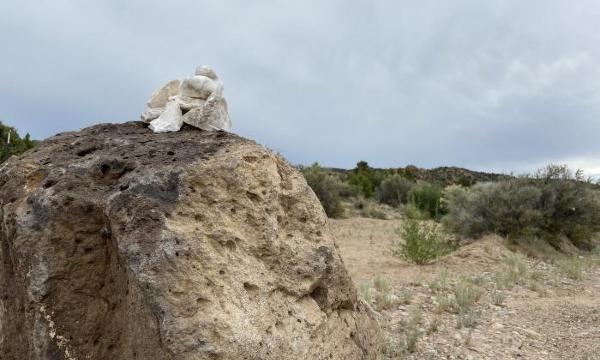