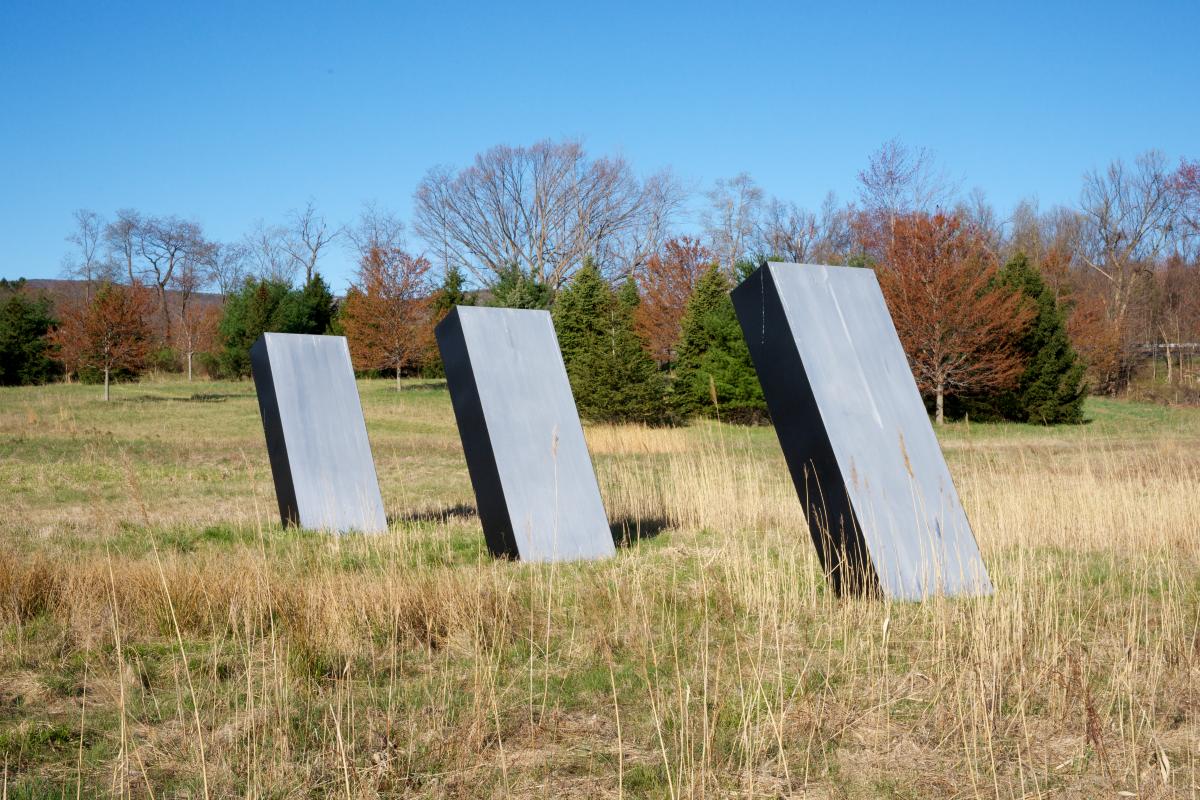 Ronald Bladen’s three-part geometric sculpture exploits the ambiguity and tension between the natural and the non-objective worlds through the lens of geometry, coupling a sense of extreme physicality with precariousness. Composed of identical, acutely angled, tilted elements, its dynamic effect is compounded by the negative spaces between them. Originally made of wood, Untitled (Three Elements) was subsequently fabricated in steel, so that it could be installed outdoors. At the time steel was appreciated for its perceived durability in many different climates and for its ability to accurately reproduce geometric forms.

Bladen began his artistic career as a painter in San Francisco, where he had moved in 1939 from his native Canada, and participated in the active community of poets and other artists there. He moved to New York in 1956. In the early 1960s he experimented with collage and relief sculptures. By 1965 Bladen’s work expanded dimensionally when he began making room-size sculptures of simplified geometric shapes. These wood constructions had smooth, painted exteriors that masked complexly engineered scaffolding hidden within the forms. Bladen’s earliest sculptures of this type were multicolored; Untitled (Three Elements) inaugurated a series of starker, mature works. It was included in Primary Structures, a landmark exhibition of minimalist art at The Jewish Museum in New York, where it was first shown publicly in 1966.