Sir Anthony Caro profoundly influenced a younger generation of sculptors, several of whom are represented at Storm King, when he taught at Saint Martin’s School of Art, London, in the 1950s and 1960s. In 1960 he began working with welded metal immediately following a six-week, grant-funded trip to the United States and Mexico, where he encountered works by David Smith and Kenneth Noland, and was influenced by Clement Greenberg’s art criticism. Upon returning to London Caro promptly bought his own welding equipment and began to create abstract, welded steel sculptures made from industrial materials. 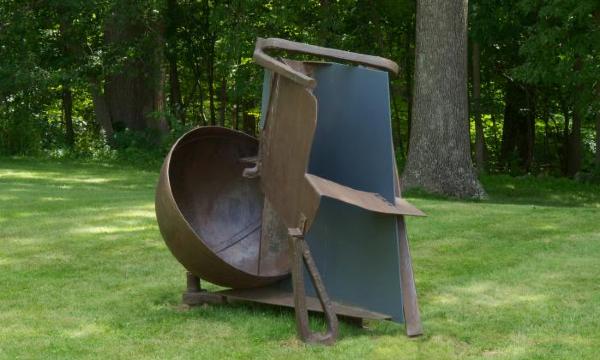