The works in the exhibition Dennis Oppenheim: Terrestrial Studio, selected from different points in a forty-five-year career, illustrate a tension between the natural world and the built environment. Born in Electric City, Washington, Dennis Oppenheim (1938–2011) moved to New York City from the Bay Area of California in 1967 and became a leader in Land art, creating earthworks: large scale works that used the earth as material in locations across the country. He described particular sites as his “terrestrial studio.” As he explained, “All of sudden, what constituted a conventional art object was threatened—it was now dematerialized. Sculpture could be a hole in the ground, for instance—un-moveable and in some cases un-seeable. Of importance was the fact that the artist was now outside of the studio, in real time activating works within an ongoing system.” 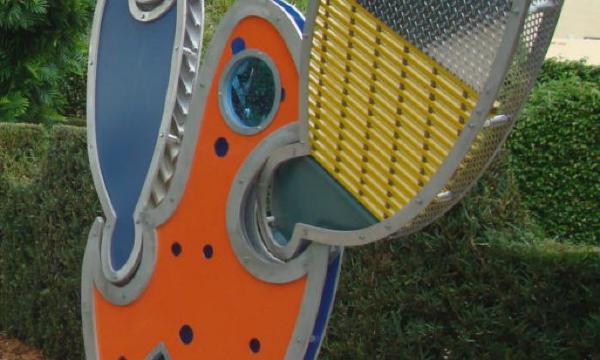