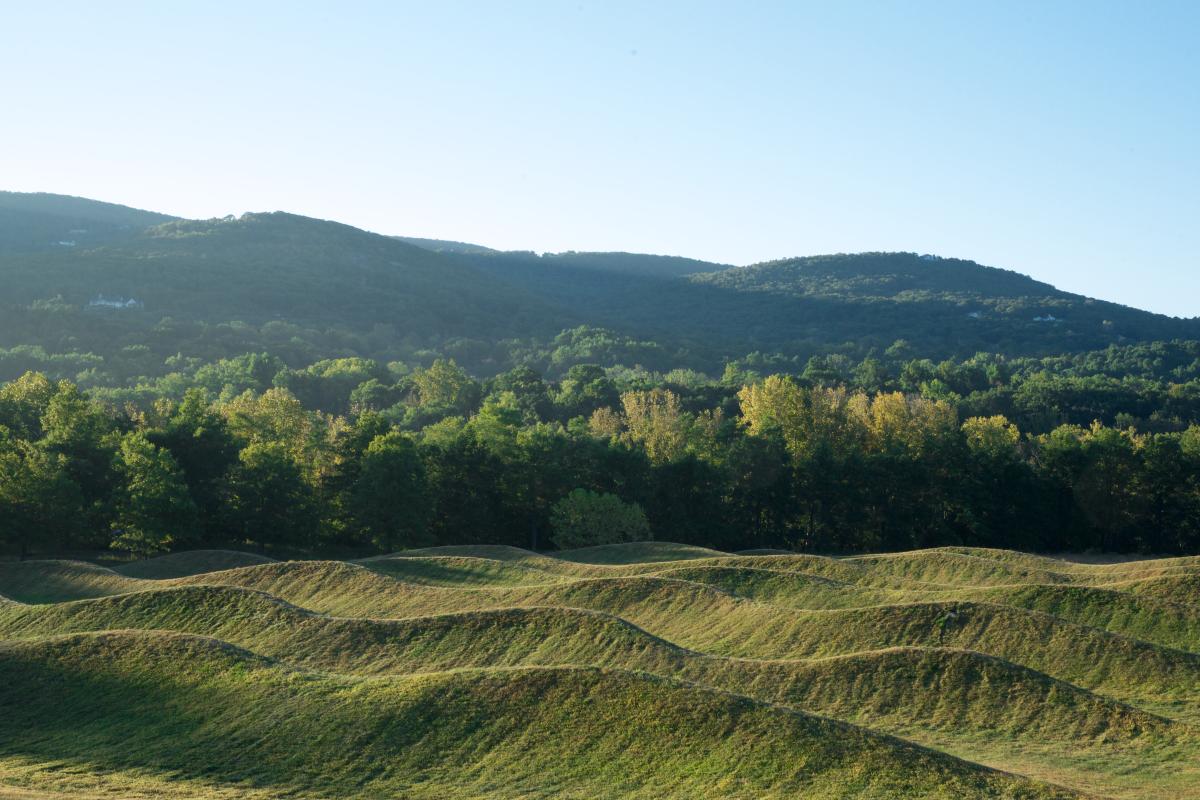 Storm King Wavefield is the largest and last in a series of three of Lin’s wavefields. (The other two are located in Ann Arbor, Michigan, and Miami, Florida.) Lin selected the eleven-acre site as an environmental reclamation project, a sustainable reworking of the former gravel pit that supplied material for the New York State Thruway. When Storm King was founded in 1960, a significant portion of its grounds consisted of large stores of gravel in surrounding fields. The ravaged landscape was in turn landscaped and shaped anew by the very same gravel. This compelling, untold story excited Lin. “I’ve tended to create works on the edges and boundaries of places…. I always knew that I wanted to culminate the series with a field that literally, when you were in it, you became lost inside it.” Working with the New York State Department of Environmental Conservation, which sanctioned and supported the reclamation of the site, Lin collaborated with landscape architects to utilize the existing gravel and topsoil at the site. The low-impact grasses and natural drainage system she introduced make Wavefield an organic, living work that continues to evolve.