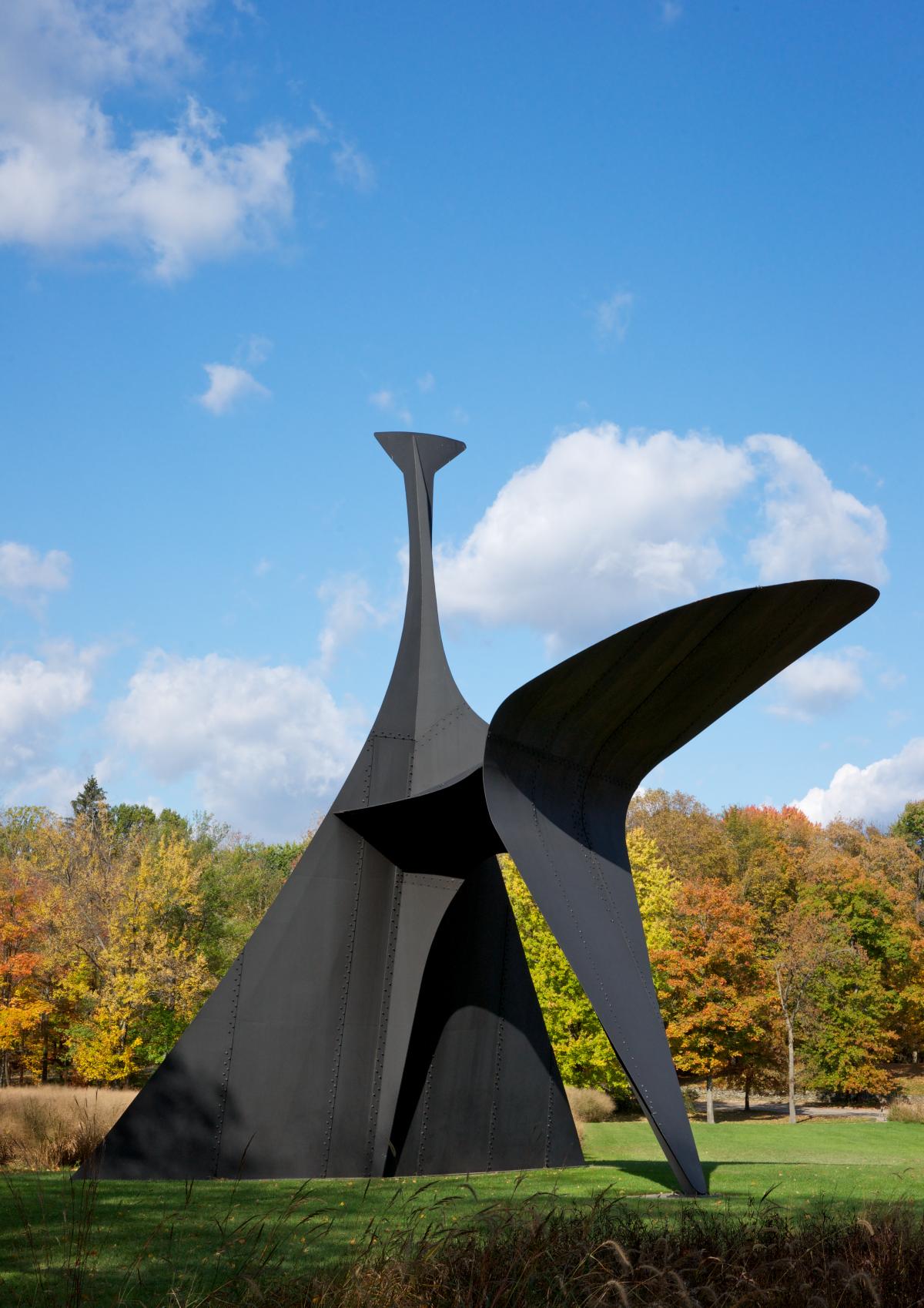 The Arch is among the last of the monumental works Alexander Calder created before his death in 1976. Based on a nineteen-inch-high model that the artist conceived around 1940, The Arch was enlarged from a twelve-foot-high black-painted steel maquette in 1975. Its dramatic composition melds the biomorphic and architectonic aspects that characterize Calder’s work and creates an impressive, multi-layered image. The full-scale, painted steel sculpture is set in a field of tall native grasses. The open parabolic arch, an element from the vocabulary of building, is meant to entice visitors to pass through its portal and discover its buoyant forms from unexpected vantage points. Passage through Calder’s arch draws attention to the work itself as well as to the rural surroundings.

The sculpture is composed of three elements: a bent “boomerang” on one side, joined by a central arch to a tall, concave fan shape, with an elongated upper portion capped by a small triangular “tail.” The work offers many different views, depending on the angle of approach. At certain vantage points, the black surface looks flat, punctuated by the many lines of bolts securing the steel. From another angle, the structurally supportive ribs give the inert steel structure a sense of grace and movement. The tall, triangular element seems to grow straight up from the ground, monumental but not overbearing.

The Arch was fabricated at Segre Ironworks in Waterbury, Connecticut, in 1975, the year before Calder’s death. In spring 1978 The Arch arrived at Storm King as a loan from the Estate of Alexander Calder and Knoedler Gallery; it was acquired in 1982 and painted at Storm King. The work was placed on a slightly raised mound shaped by a few feet of gravel, a site created by the late William A. Rutherford, Sr., Storm King’s landscape architect. It sits in the same location today—on the left side of the road leading to the Museum Building. 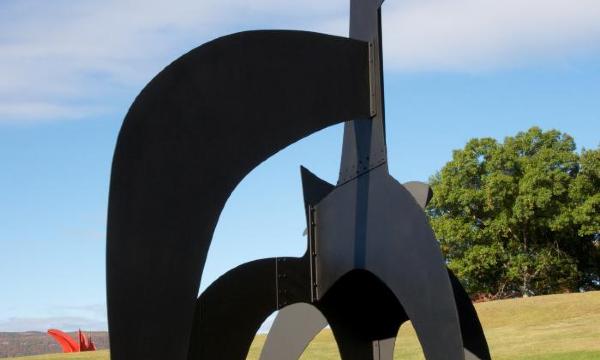 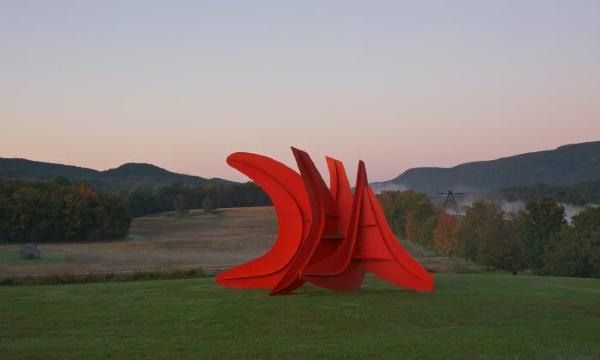