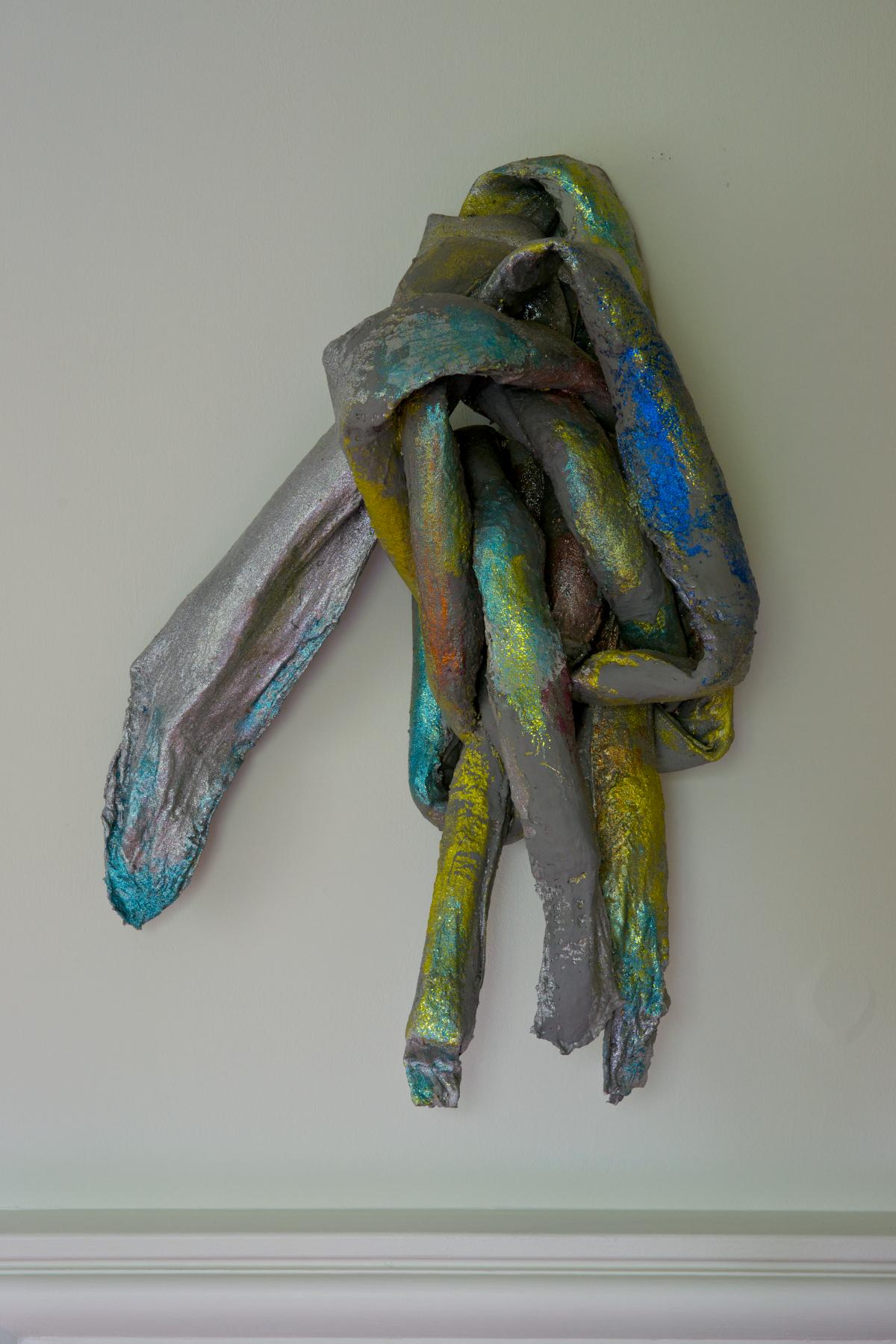 Lynda Benglis
American, b. 1941
Nu, 1974
Aluminum screen, Cheesecloth, plaster, metal, paint, and sparkle
43 1/2 x 29 x 15 in. (110.5 x 73.7 x 38.1 cm)
Gift of the Ralph E. Ogden Foundation
© 2021 Lynda Benglis / Licensed by VAGA at Artists Rights Society (ARS), NY
Photo by Jerry L. Thompson
Lynda Benglis produced a series of intricate knots made from tubes of wire screening throughout the 1970s. Nu is titled after the Greek letter—a reference to Benglis’s Greek background. This relatively small, abstract, indoor work was acquired for Storm King’s permanent collection in 1974, shortly after it was seen in the artist’s one-person exhibition at Paula Cooper Gallery in New York. Although the form is clearly visible in Nu, it also captures something inaccessible and unknowable. Its materials are far from obvious, with its rigid metal surface and contradictory organic curves. The sculpture is constructed from several layers, beginning with an aluminum screen, overlaid with cheesecloth, and then covered with plaster, which was still wet when she tied the resulting cylinder into Nu’s double knot. Benglis worked with airplane technicians in Los Angeles to metalize her knot pieces, first spraying on a layer of zinc and then a layer of tin. Finishing touches to Nu include a few coats of spray paint and flecks of metallic sparkle.

Benglis gained notice in the late 1960s with her gestural works of poured latex and foam. Her practice did not fit neatly within the sharp aesthetics of Minimalism or the overt politics of feminist art of the time. Exploiting the physicality of form, Benglis continues to employ a wide range of materials—from plastics and cast glass to paper and gold leaf—to render dynamic impressions of mass and surface that blur the distinction between hard and soft, flaccid and firm. Her latest sculptures reveal a striking sense of immediacy and physicality even as they seem to defy gravity, and continue to use the body and landscape as primary references. 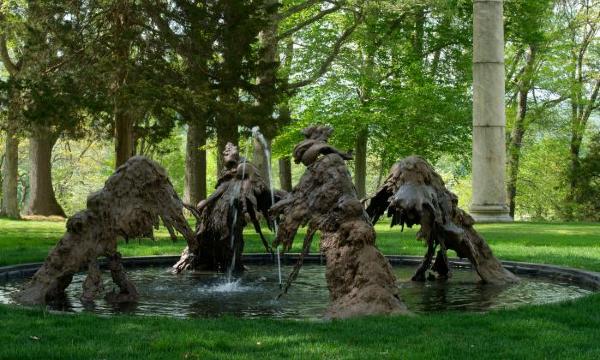