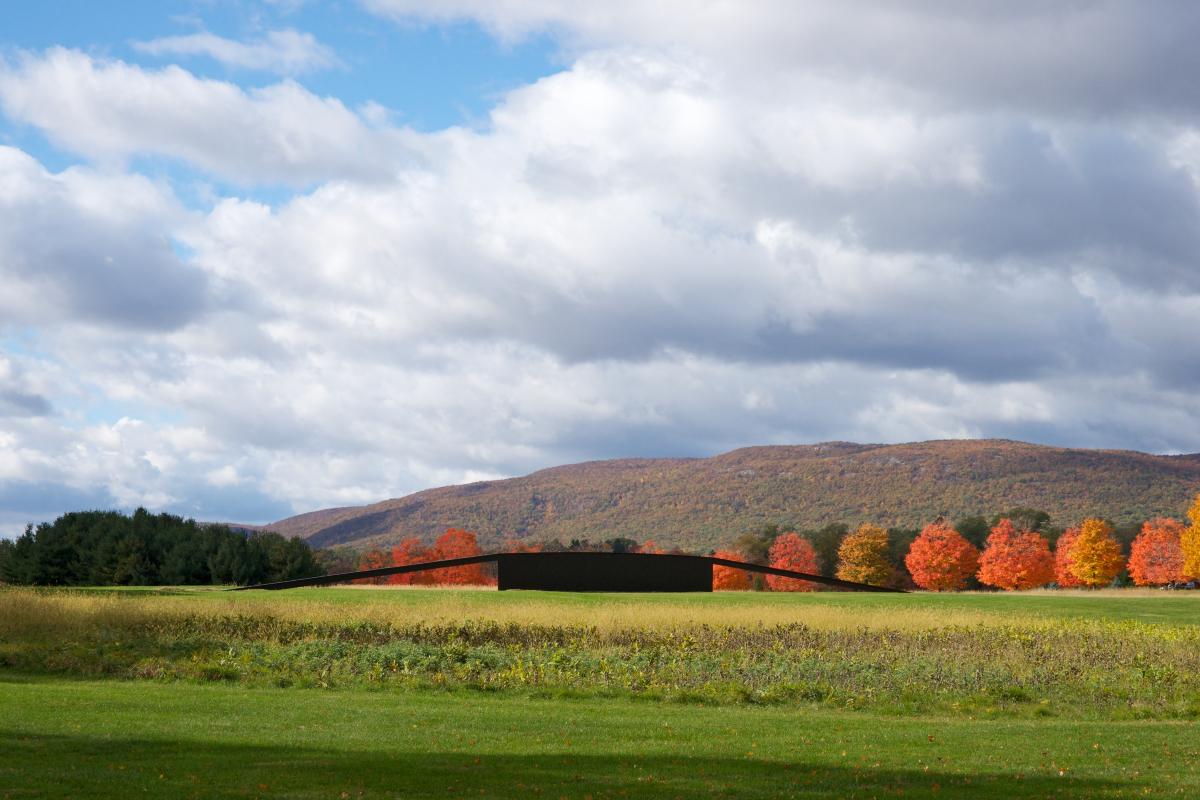 Robert Grosvenor’s Untitled was the second site-specific commission to be installed at Storm King, in 1974. This expansive horizontal structure measures 212 feet long and only 12 inches wide. It spans a relatively flat field along an approximate east-west axis, drawing the viewer’s eye to the panoramic view of the distant Hudson Highlands and Schunnemunk Mountain ridge. The potential for industrial materials (like Grosvenor’s) and nature to enhance each other is a key element of Storm King’s ethos.

Although its spine appears to be made of a single, long I-beam, Untitled is actually composed of several I-beams joined together and painted black to appear as a seamless whole. Seen head-on, the central wall focuses the viewer’s attention on the thin frontal plane of the sculpture, blocking the view through the work’s central core and heightening the viewer’s sensitivity to the natural world visible through the negative spaces that flank the central plane. This broad expanse appears to disappear, becoming two-dimensional and linear, when the work is viewed from either end.

Storm King co-founder Ralph E. Ogden became interested in Grosvenor’s work in 1971 after seeing one of his large pieces in a private collection in nearby New City, New York. Ogden contacted Grosvenor, who visited Storm King that summer. Grosvenor did not design a completely new work for Storm King. He felt that the location was perfect for a long, thin piece with a central panel that he had envisioned in 1970. Hence, the work is dated 1970, but was fabricated and installed in 1974.