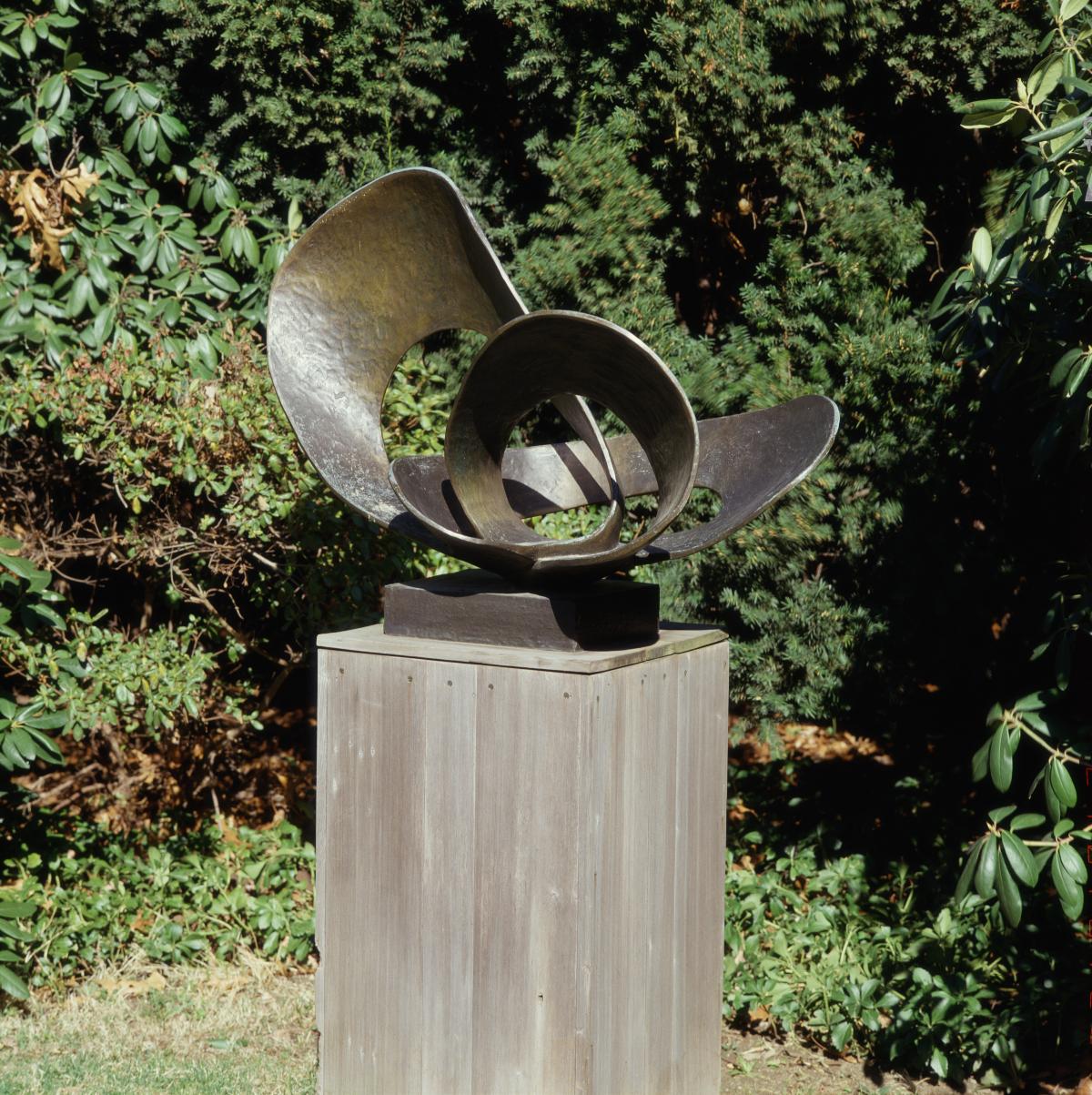 Barbara Hepworth, who played a key role in the creation of a new sculptural style in England in the twentieth century, became renowned for sculptures that are often pierced by a hole, a device she conceived in 1931. Forms in Movement (Pavan) is a graceful, open work with interlaced, looped forms reflecting the artist’s interest in dance. The sculpture has a natural feeling to it, enhanced by the off-center placement and irregular shape of the three loops.

Hepworth began to work with cast bronze in 1956. The medium enabled her to experiment with a greater variety of shapes than stone and wood afforded, as well as to work on larger-scale and outdoor works. Forms in Movement (Pavan) exemplifies how Hepworth integrated her expertise as a carver in using a material that was new to her. The piece was created in three phases: the first incarnation was made in 1956 of metalized plaster (plaster built up over an aluminum armature), then carved to make the final form; a 1959 version was made in concrete; and in 1967, an edition of seven bronzes was cast from the concrete original. 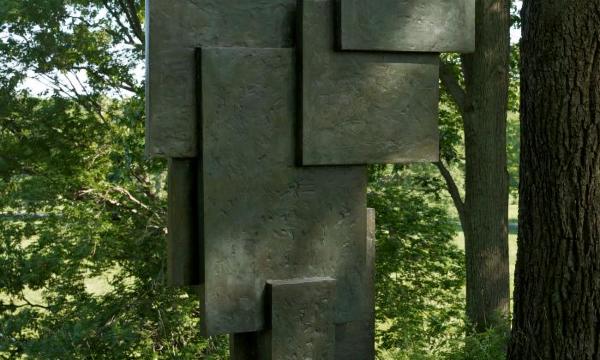