June 26 – November 8, 2021
To accompany her new outdoor commission at Storm King, Fallen Sky, artist Sarah Sze has created an immersive installation, running fifty feet in length and specifically designed to create a portal through the gallery that houses it. The work, Fifth Season, considers landscape as a timeless preoccupation of artists. While the installation is collaged with natural elements and events, it refuses the impulse to present the natural world as comforting, coherent, or certain. Here, the landscape appears to be fragile and in flux, reflective of the constant disorientation and reorientation one feels in nature—shifting between vast physical surroundings and small, individual moments of meaning.

Light and shadow process across painted surfaces in filmic sequences. Fused images, photographs, and projections evoke the varied kinds of interior landscapes we can access through our own memories, imaginations, impressions, or conjectures.

Sze’s epic panorama gives a fractal view of nature and its beauty—reflecting our current awareness of climate change, and an era in which nature’s existence for human enjoyment and consumption is no longer something that can be taken for granted. Both Fallen Sky and Fifth Season represent entropic forces in the landscape, calling on us to reflect on the relationship of the human figure to nature—and the presumed human ability to control it.

This project is supported in part by an award from the National Endowment for the Arts.

®I LOVE NY is a registered trademark and service mark of the New York State Department of Economic Development; used with permission 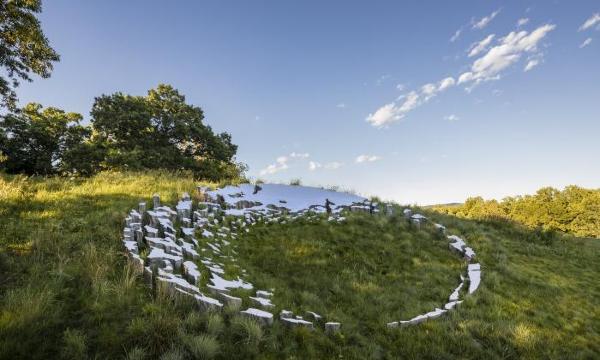 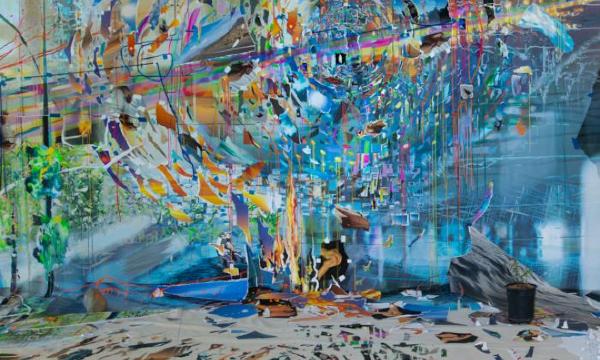