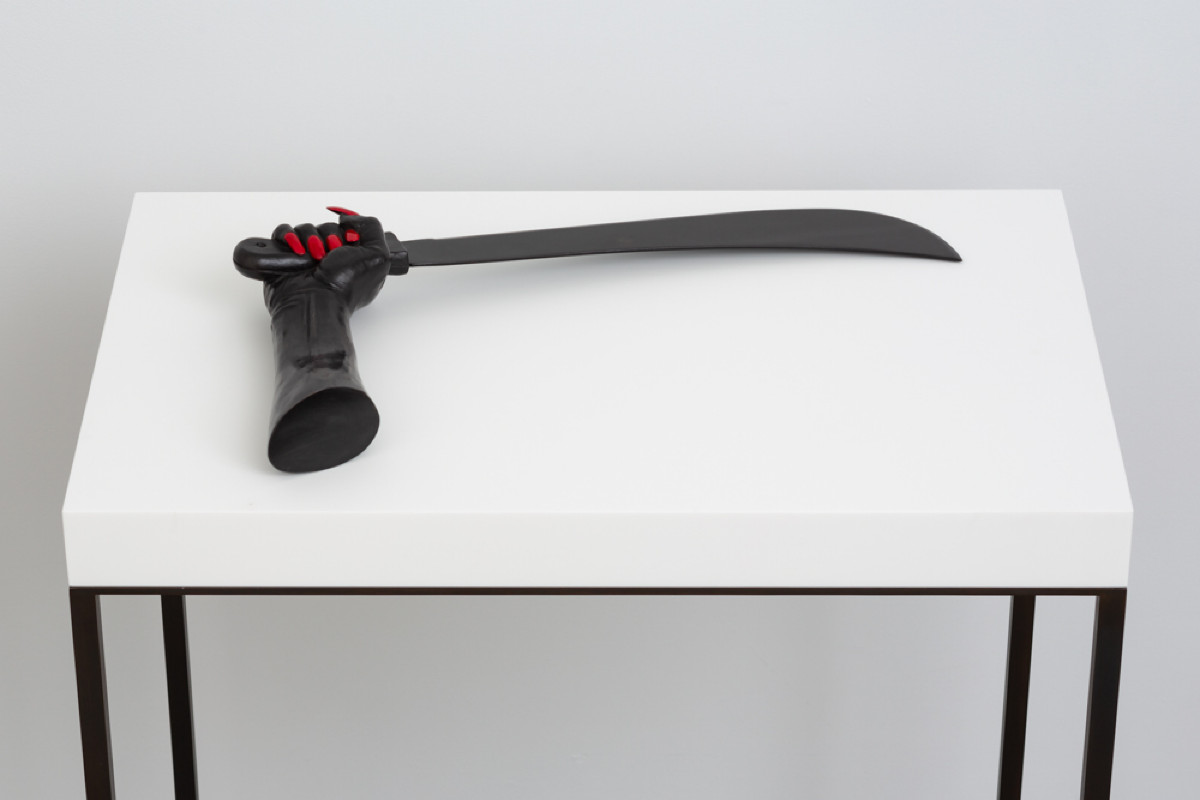 Wangechi Mutu
Kenyan, b. 1972
One Cut, 2018
Bronze
24 x 15 x 4 in. (61 x 38.1 x 10.2 cm)
Courtesy of the artist and Gladstone Gallery
One Cut features a panga (machete in Kiswahili) tightly gripped in a woman’s hand. The long blood-red nails are a powerful assertion of femininity and femme aesthetics. Despite the appearance of being severed from its body, the hand grips the knife tightly, the veins in its truncated wrist visible in the surface of the bronze.

This work is reminiscent of Mutu’s first short film, Cutting (2004), in which a woman in an apron repeatedly swings at an object with a panga set against a dramatic landscape, in an expression of laborious futility. Cutting, dissecting, and sectioning feature prominently in Mutu’s collage practice as well. Mutu has clipped, cut, fragmented, and fused found imagery, which she often sources from photographic books and magazines. By manipulating and reappropriating images cut from media traditionally associated with the fetishization and objectification its subjects, Mutu restores power and subjectivity to her protagonists, often women.