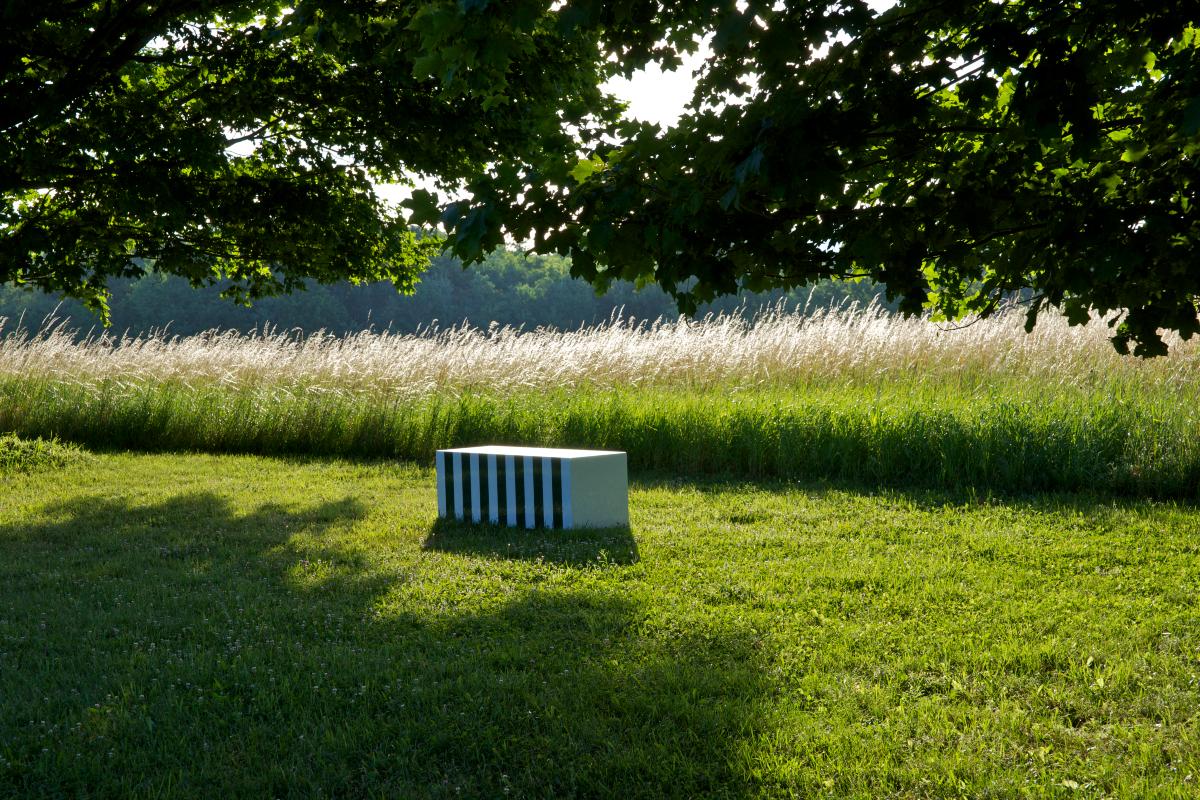 Daniel Buren
French, b. 1938
Sit Down, 1998 (refabricated 2010)
Painted aluminum
17 3/4 x 17 3/4 x 70 7/8 in. (45.1 x 45.1 x 180 cm)
Gift of the Ralph E. Ogden Foundation
© 2021 DB-ADAGP, Paris/Artists Rights Society (ARS), New York
Photo by Jerry L. Thompson
Daniel Buren’s group of ten green-and-white striped benches, titled Sit Down, functions doubly as seating and as art objects. Inspired by the natural surroundings, the work was conceived in response to a series of visits Buren made to Storm King for this commission. Originally made of marine plywood before being refabricated in aluminum and painted with Buren’s patented alternating dark green and white stripes, the simple cubic design permits seating in any orientation. The siting of the benches changes according to the needs of Storm King. Envisioned as “signals” in the landscape, the benches are always meant to be displayed in groups, however, so that they are visually linked to one another as they punctuate their terrain, and a visitor sitting on one can readily see another.

Buren began his career as a painter in the 1960s, at a particularly active time of cultural ferment and artistic change in France. In 1965, while he was in a Paris flea market looking for canvas to paint on, he was captivated by a vertically striped, commercially available fabric that he subsequently adopted. He has gone on to use this infinitely expandable, non-hierarchic, non-art module to create site-specific installations since 1970.