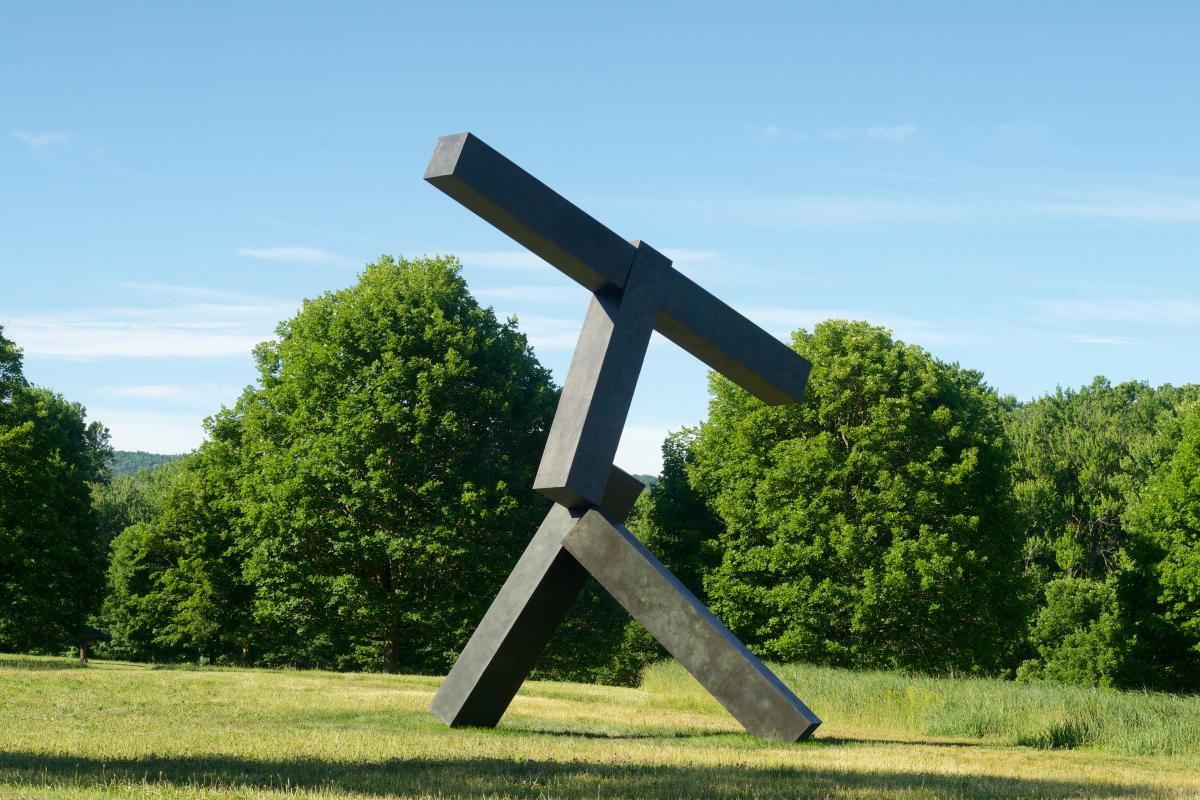 Joel Shapiro’s untitled sculpture, composed of five diagonal bronze beams and inspired by the form of a walking man, activates the space it inhabits and encourages viewers to experience it from all angles. At the time of its creation, the twenty-one-foot-tall sculpture was the largest work the artist had ever created.

The sculpture takes its form from a model that Shapiro first created out of wood;such light, small-scale models allow the artist a greater freedom and fluidity to experiment with sculptural form. Working with an industrial fabricator, Shapiro then translated his model into this large bronze sculpture that still bears clues of its origins in wood. The work was originally commissioned by the Sony Corporation of America for the lobby of their former headquarters on Madison Avenue in Manhattan, and was installed there in 1995; it was sited at Storm King, in collaboration with the artist, in 2016.

Many examples of Shapiro’s work derive from the abstract, geometric style of Minimalist sculpture while also explicitly referencing the human figure—a subject almost entirely absent from the Minimalist generation that preceded him. Since the early 1980s, the figure has been a primary focus for the artist; even so, he views his subjects as instruments to aid his and his viewers’ contemplation of abstract or perceptual space. “The object in and of itself is totally boring,” Shapiro has noted. “The only interesting sculpture is sculpture that deals with spatial issues of perception.”