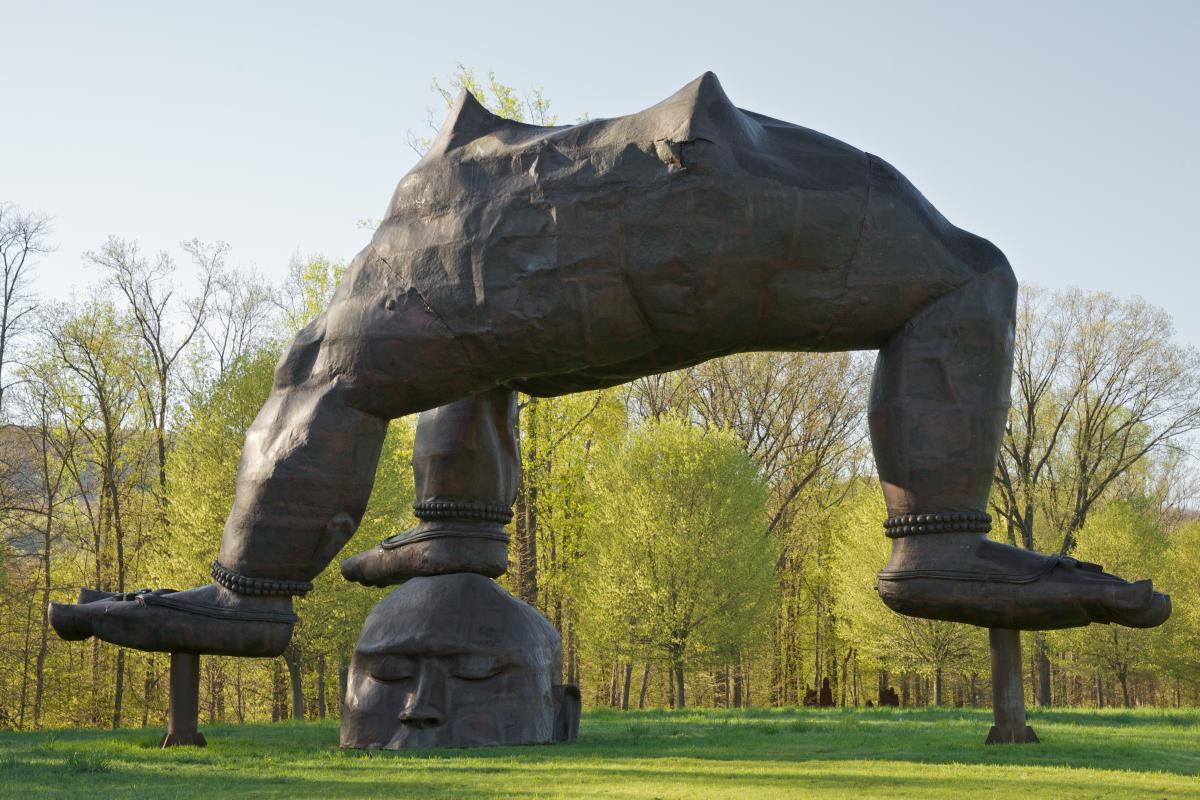 Zhang Huan’s work engages with Buddhist philosophy and rituals and with the artist’s notion that the contemporary condition is continually revitalized through an engagement with the past. Three Legged Buddha—a copper and steel sculpture standing twenty-eight feet high and weighing more than twelve tons—represents the bottom half of a sprawling, three-legged figure, one of whose feet rests on an eight-foot-high human head that appears to be either emerging from or sinking into the earth. The work is comprised of nine sections of copper “skin,” each with an interior steel armature, held together with bolts and welds.

While the legs of Three Legged Buddha are modeled closely after fragments of bronze Buddha sculptures that Zhang encountered on a trip to Tibet in 2005, the sculpture’s face—visible only from the nostrils upward—is a self-portrait. Zhang folds himself into his creation, much as he took his own body as subject in the 1990s, when he came to prominence for performance-based work. Three Legged Buddha further alludes to performance and to the process of making a sculpture in both the perforations and hatches on the copper surface. Zhang designed the hatches to provide access to the sculpture’s interior so that incense might be burned inside, with the resultant smoke emanating through holes in the Buddha’s toes and through the head’s open nostrils and eyes.