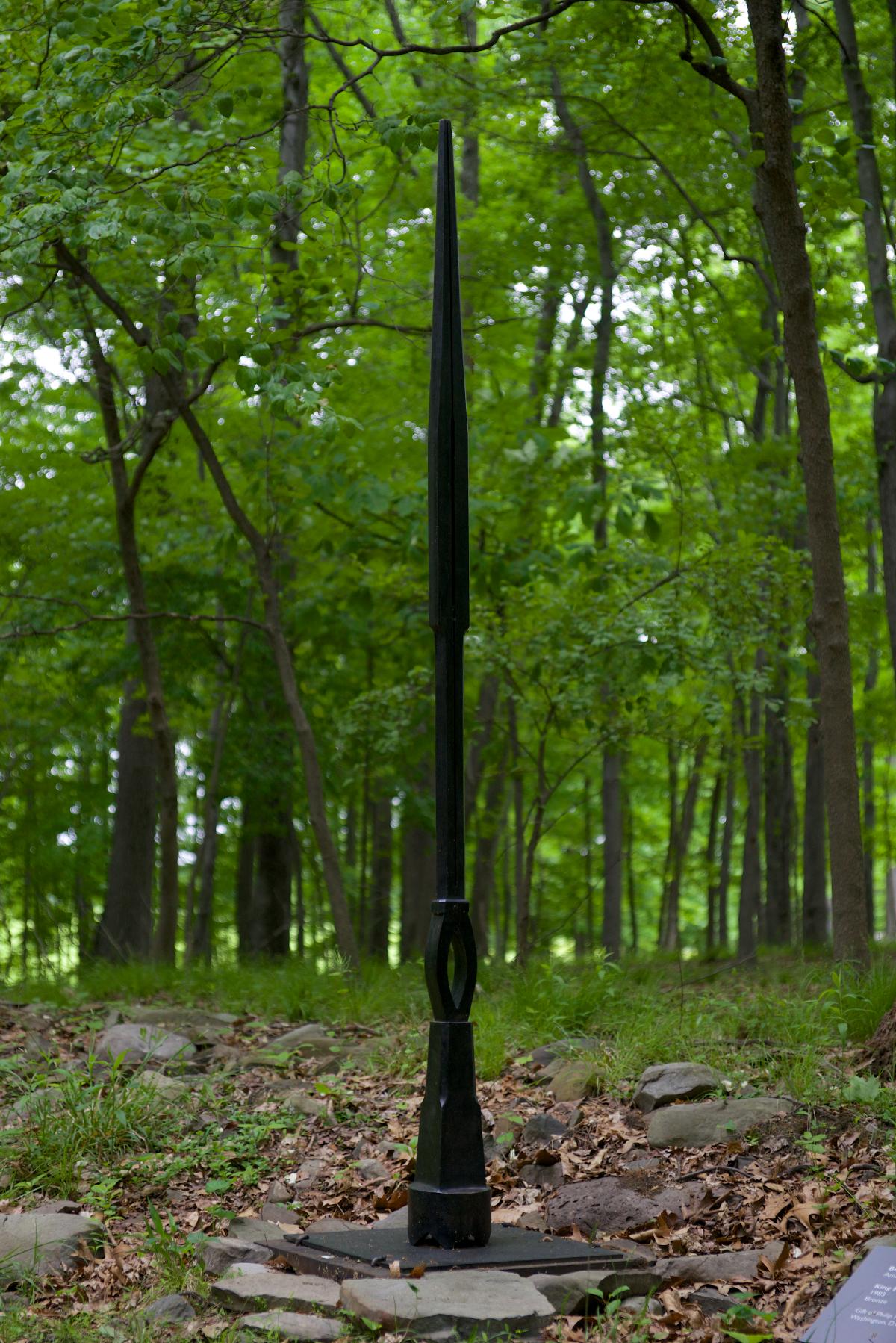 Several of Beverly Pepper’s sculptures include the word “ritual” in their title, an indicator of the way in which she perceives their meaning. She has stated that for her, the meaning of any one sculpture is not pre-determined, but is created by any viewer’s face-to-face experience with it. King Ritual has precedents in Pepper’s small-scale forged and cast-iron sculptures from the late 1970s, whose hieratic forms suggest ancient totemic figures. These eventually increased in size, and by 1982–83, had become tall and attenuated. She has explained, “My work both responds to and tries to reinforce the human capacity for wonder, for reorienting ourselves in relation to powers or fields of force (whether internal or external), which are greater than our merely biographical or social selves. Obviously we can’t rebuild the monuments of the ancient world, but we can aspire to re-evoke, in however modern a world, some of the enduring and perhaps renewable sensations of amazement, even awe.” Born in Brooklyn, Pepper has spent most of her adult life working in central Italy, and her work has been inspired by obelisks and other ancient artifacts of the Mediterranean region.