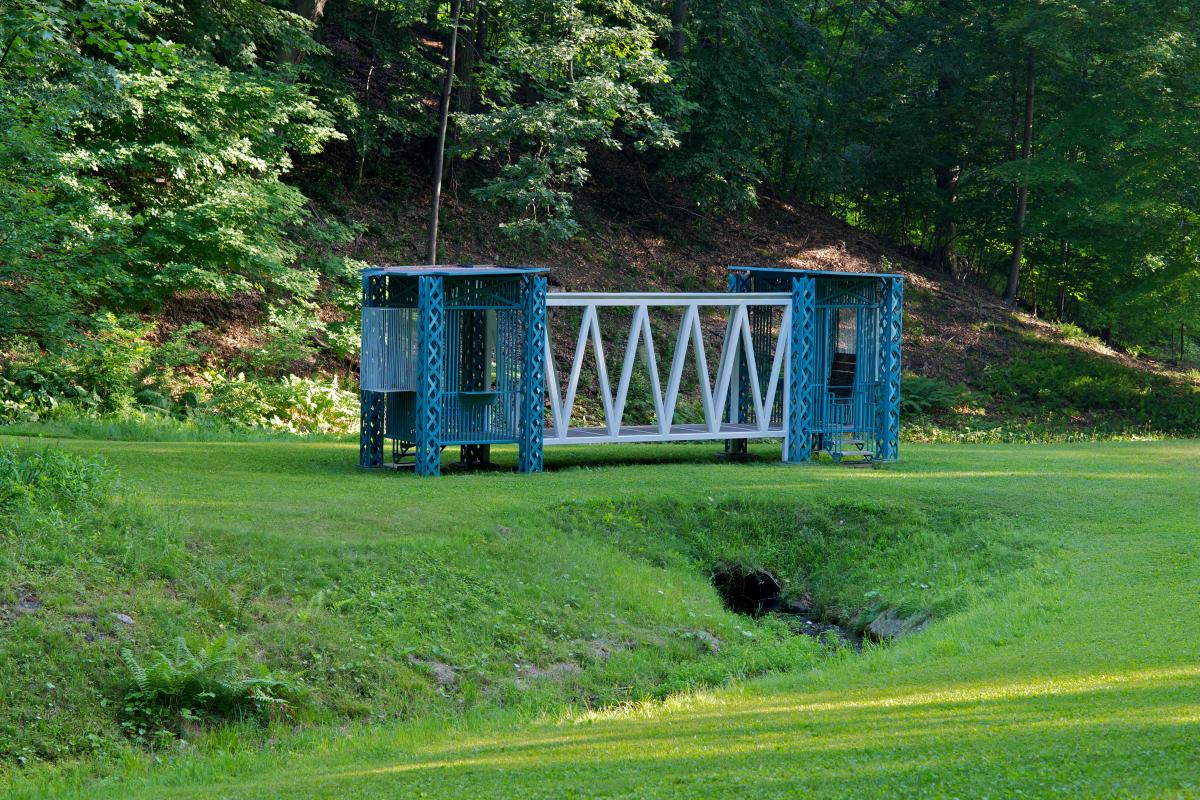 Gazebo for Two Anarchists is one of several works Siah Armajani has dedicated to twentieth-century anarchists—in this case, brother and sister Alberto and Gabriella Antolini, the latter of whom was imprisoned for transportation of explosives in the Youngstown Affair in 1918. The open lattice, or truss-work, of Gazebo for Two Anarchists suggests incarceration, while the elegance of the design almost belies this interpretation. The two gazebos at each end of the structure appear to symbolize the brother and sister, who are separated but nonetheless connected by the bridge. Each gazebo encloses a large chair with armrests that recall thrones or electric chairs. They are facing one another, suggesting an act of communication. The artist has transformed the gazebo, traditionally a picturesque garden folly, into a vehicle for political expression. It is no longer merely a site to contemplate the natural environment, but to meditate on the nature of democracy.

An Iranian-born American artist, Armajani is known for his politically resonant, large-scale, interactive environmental sculptures that merge sculpture with architecture. His sculptures, walking bridges, and reading rooms are created as functional places for people to use and enjoy. Armajani has created sculpture for plazas, parks, and other urban landscapes, as well as rural locations. The design of Gazebo for Two Anarchists, and most of Armajani’s structures, is inspired by vernacular American architecture, but here the steel truss-work suggests civic engineering.