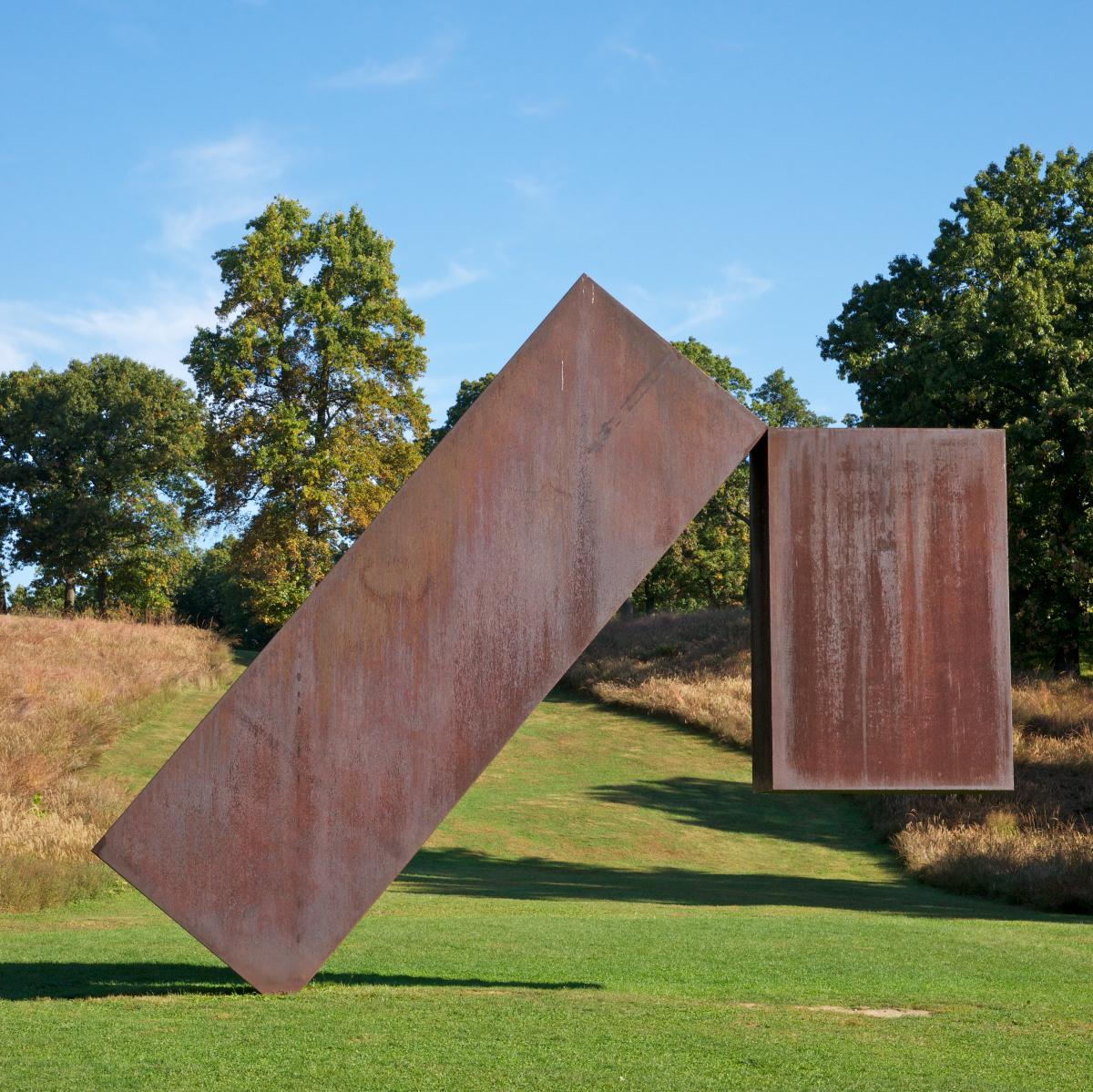 The two simple forms of Menashe Kadishman’s Suspended engage in a gravity-defying balance that belies expectation. Seen from a distance, atop one of two adjacent hilltops, the sculpture’s balancing act is surprising. Viewed up close, the massive scale of the steel work becomes apparent and its structural viability even more difficult to comprehend. With no visible evidence of the engineering holding the sculpture up, Suspended prompts contemplation of the relationship between its two conjoined, towering masses, coupled with questions about what lies below ground. Rich and rusted, the patina of the weathered steel wraps the stark geometric shapes in a skin-like sheath.

After working with sculptors in his native Israel, Kadishman went to London in 1959, where he came under the influence of Anthony Caro at Saint Martin’s School of Art. By the mid-1960s, he had established an international reputation for suspended sculptures that were gestural and full of dynamic tension. In some of his best-known works from this period, Kadishman attached glass or plastic sheets to wood or metal forms so that the mass seemed to float freely in space. Suspended represents his interest in such perceptual ambiguities. 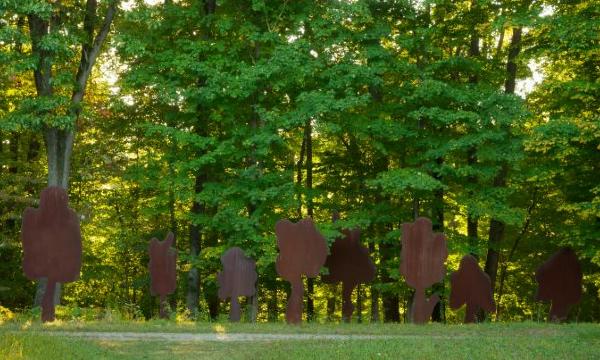