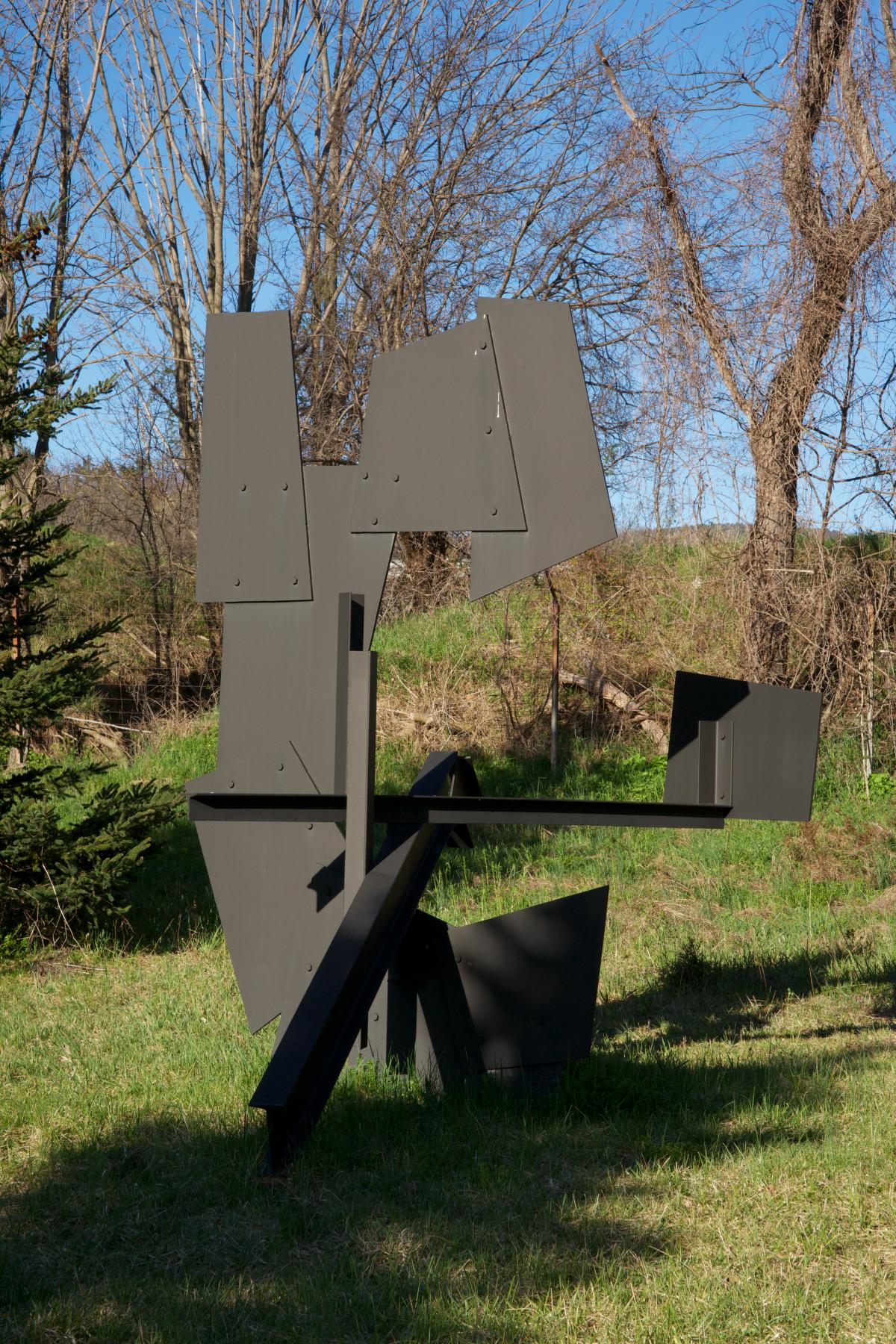 The term collage is typically applied only to two-dimensional works. Its title connects Collage Sculpture to Yehiel Shemi’s smaller-scale experiments with paper and perhaps influences the way in which the viewer perceives the work. Shemi claimed that he wanted his work to “bring out only the essential, the inner energy that is the result of a few acts,” and indeed Collage Sculpture, a reductive, planar abstraction, suggests a kind of simplicity. It was influenced, as were many of Shemi’s works, by the frontal and often stylized forms of Assyrian and ancient Egyptian sculpture.