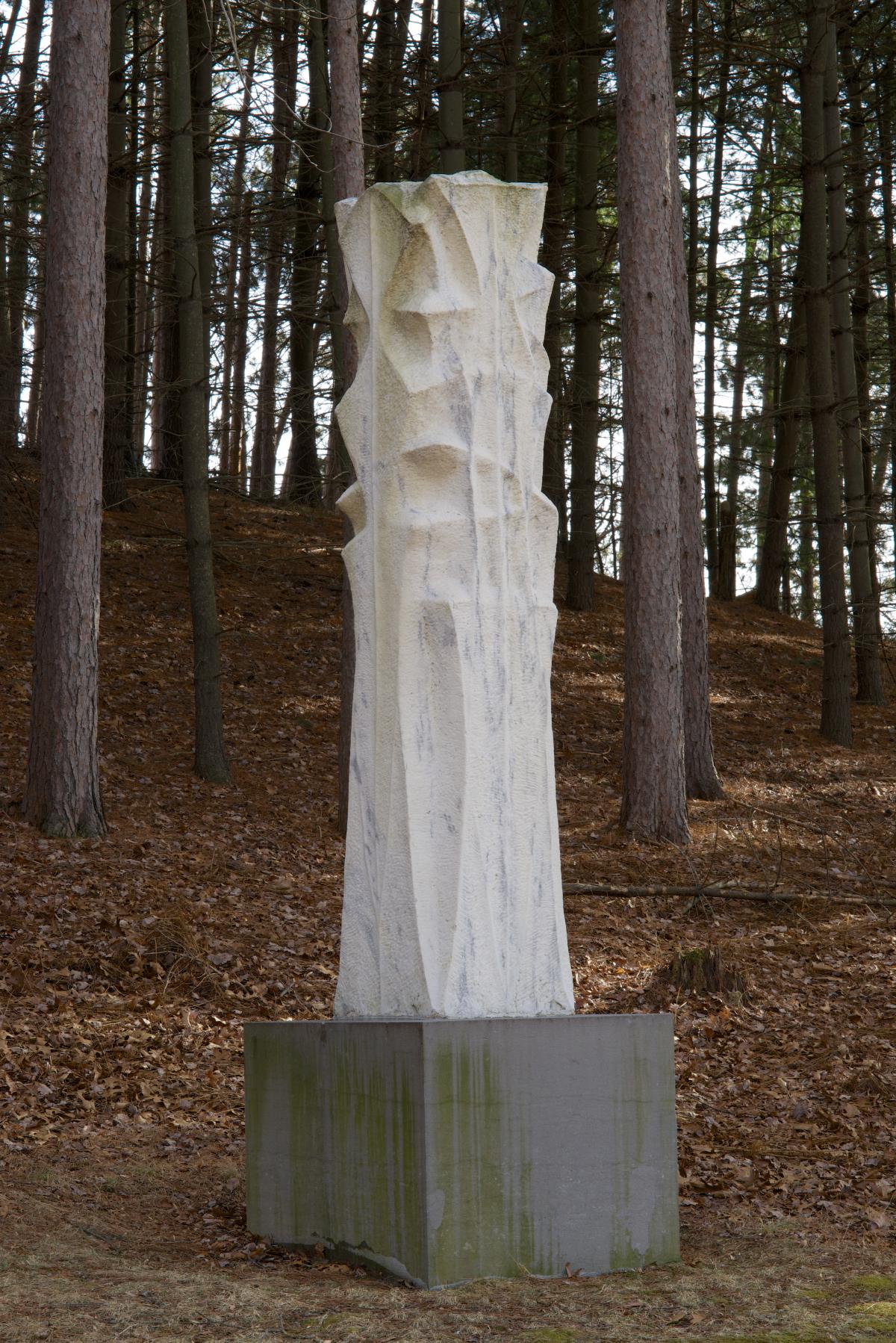 Yerassimos Sklavos
Greek, 1927–1967
Les Yeux du Ciel (Eyes of the Sky), 1964
Marble
8 ft. 4 3/4 in. x 20 1/2 in. x 21 in. (255.9 x 52.1 x 53.3 cm)
Gift of the Ralph E. Ogden Foundation
© Estate of Yerassimos Sklavos
Photo by Jerry L. Thompson
After six years of training in the Fine Arts Academy of Athens, Yerassimos Sklavos won first prize in a national sculpture competition, enabling him to study in the École supérieure des Beaux-Arts, Paris. In 1960 he invented a technique of carving stone with a blowtorch, calling it télésculpture and patenting it with the French government. This method reveals a stone’s grain and core and allows for quick carving of hard stones such as rose porphyry and grey granite.

Upon meeting Sklavos at a sculpture symposium in Montreal, Ralph E. Ogden, Storm King co-founder, commissioned the Greek sculptor to produce a work for the collection. Sklavos was on site at Storm King, at work on a marble block, by October 1964. The resulting sculpture is a roughly rectangular-shaped column of marble, carved in irregular, stepped, angular wedges, with a linear design incised at the center of the front side. Sklavos was known for two abstract sculptural styles: one heavily carved, sometimes with a webbed or network effect; the other a more delicate low relief, which characterizes Eyes of the Sky.